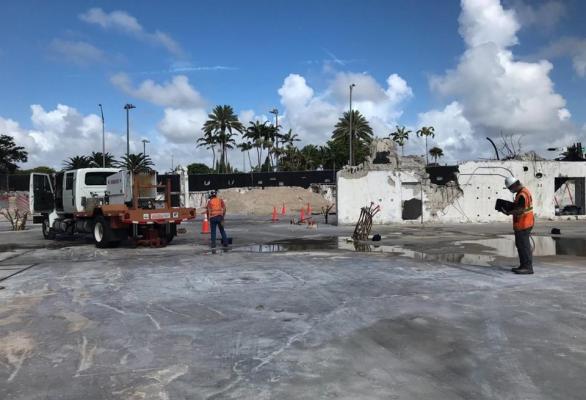 As another productive year comes to a close, it’s always nice to take a moment to look back on everything our hard-working staff members have accomplished and celebrate the wins. From semiconductors to quantum computing (and post-quantum encryption) to artificial intelligence, this year has seen NIST accomplish some major milestones.

In July, Congress passed the CHIPS and Science Act with President Joe Biden signing it into law in August. The Department of Commerce and NIST were tasked with supporting the CHIPS for America initiative, which seeks to restore U.S. global leadership in semiconductor manufacturing. We quickly got to work establishing the CHIPS Program Office and CHIPS R&D Offices at NIST and launching CHIPS.gov to help U.S. organizations stay informed and participate.

As part of these activities, we released a report outlining seven strategic “grand challenges” in measurement, standardization, and modeling and simulation that, if met, will strengthen the U.S. semiconductor industry. We also gathered stakeholder input through two Requests for Information on the CHIPS incentives program and Manufacturing USA institutes to enhance U.S. leadership in semiconductor manufacturing.

NIST announced the first four quantum-resistant cryptographic algorithms that will be incorporated into a post-quantum cryptographic standard designed to resist attack from future quantum computers. The standard is expected to be finalized in about two years and will be used to protect privacy in the digital systems we rely on every day — such as online banking and email software.

The announcement followed a six-year effort managed by NIST, which in 2016 called upon the world’s cryptographers to devise and then vet encryption methods that could resist an attack from a quantum computer, which when developed will be far more powerful than conventional computers.

Four additional algorithms are under consideration for inclusion in the standard, and NIST plans to announce the finalists from that round at a future date.

All of the algorithms are available on the NIST website.

The NIST National Construction Safety Team completed data collection at the site where the Champlain Towers South condominium partially collapsed in June 2021 in Surfside, Florida, and began conducting invasive testing of evidence from the structure.

Immediately after the tragic collapse, NIST launched an investigation to determine what caused it and develop recommendations for improving building safety in the U.S. This important work is being carried out by a team with expertise across a broad array of fields.

Throughout the investigation, NIST has kept family members and interested stakeholders informed through regular NCST Advisory Committee meetings, and will continue to do so as long as the investigation is ongoing. Investigation updates also are being posted to the NIST website.

To help manage risks to individuals, organizations and society associated with artificial intelligence (AI), NIST brought together stakeholders from industry, academia and government to develop an AI Risk Management Framework and in August released a second draft of the document for public comment.

As NIST has done with its other frameworks, the document is being developed through a consensus-driven, open, transparent and collaborative process that included workshops and other opportunities to provide input. It is intended to build on, align with, and support AI risk management efforts by others.

In other science news …

And if you’re looking for little scientific end-of-year fun, click on over to our 12 Days of Metric blog post.