National Institute of Standards and Technology

The National Institute of Standards and Technology (NIST) was founded in 1901 and is now part of the U.S. Department of Commerce. NIST is one of the nation's oldest physical science laboratories. Congress established the agency to remove a major challenge to U.S. industrial competitiveness at the time—a second-rate measurement infrastructure that lagged behind the capabilities of the United Kingdom, Germany, and other economic rivals.

From the smart electric power grid and electronic health records to atomic clocks, advanced nanomaterials, and computer chips, innumerable products and services rely in some way on technology, measurement, and standards provided by the National Institute of Standards and Technology.

Today, NIST measurements support the smallest of technologies to the largest and most complex of human-made creations—from nanoscale devices so tiny that tens of thousands can fit on the end of a single human hair up to earthquake-resistant skyscrapers and global communication networks. 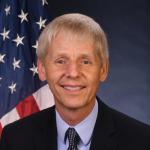 Ever wanted to take a virtual tour of the ocean, learn about the role of a hurricane hunter, be a part of a superhero “Measurement League," or collect cards on famous inventors? Are you looking to educate your students about the importance of being counted in the Decennial Census? In honor of Teacher Appreciation Week, we celebrate the impact teachers have on our kids including all the teachers...
Camp Invention
National Inventors Hall of Fame

Making a Place for Women in Manufacturing

The following blog is from the Commerce Department’s National Institute for Standards and Technology (NIST) Women continue to explore new opportunities and make inroads into industries once almost exclusively male, such as manufacturing. The evidence shows that attitudes both in the industry and among women are changing. The industry is seeing the inherent value of an integrated and inclusive...
Women's History Month

Guest blog post by Mojdeh Bahar, Associate Director for Innovation and Industry Services, National Institute of Standards and Technology I find intersections interesting—full of possibilities. They bring seemingly disparate things, concepts, people together and provide a common point. They allow more than one path and give us permission to explore. The point of intersection allows us to find...
Spotlight on Commerce
Women's History Month

The U.S. Department of Commerce's National Institute of Standards and Technology (NIST) is the Nation's leading agency working with industry and science to advance innovation, enhance economic security and improve quality of life. And NIST is home to many women across the fields of science, engineering, and math (STEM) who make a daily impact on the social and economic conditions of Americans and...
Women's History Month

Guest blog post by Samantha Maragh, Ph.D., Leader of the Genome Editing Program, National Institute of Standards and Technology (NIST) I grew up in the “melting pot U.S.A,” otherwise known as Howard County, Maryland. Even in this melting pot, I was different. I am of mixed ethnicity. My mom is Afro-Caribbean and my dad is East Indian. Both parents were born and raised in Jamaica and came to the U...
African American History Month
Spotlight on Commerce

Press releases
On a brisk November morning in 2018, a fire sparked in a remote stretch of canyon in Butte County, California, a region nestled against the western slopes of the Sierra Nevada mountains. Fueled by a sea of tinder created by drought, and propelled by powerful gusts, the flames grew and traveled rapidly. In less than 24 hours, the fire had swept through the town of Paradise and other communities...
Environmental data

Reports
The U.S. Department of Commerce’s goals of ensuring that technology products and global networks are interoperable, resilient, and secure is essential not only to U.S national security interests, but also to continued U.S. economic leadership. Global trust in the Internet and confidence in the security and stability of the platforms and services that comprise this highly diverse ecosystem is vital...
Cybersecurity

Report to the President on Enhancing Resilience Against Botnets

Reports
The U.S. Department of Commerce and the U.S. Department of Homeland Security released this report on May 30, 2018. It outlines a guide to government and private sector actions that would reduce the threat of botnets and similar cyberattacks. The report responds to a May 2017 Executive Order on Strengthening the Cybersecurity of Federal Networks and Critical Infrastructure, which directed the...
Cybersecurity
National security

The U.S. Department of Commerce’s goals of ensuring that technology products and global networks are interoperable, resilient, and secure is essential not only to U.S national security interests, but also to continued U.S. economic leadership. Global trust in the Internet and confidence in the security and stability of the platforms and services that comprise this highly diverse ecosystem is vital...