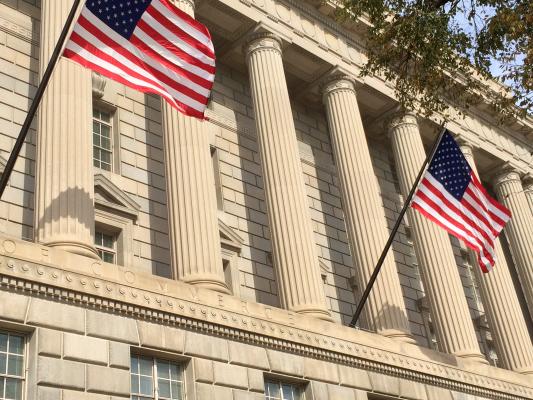 Each week, we recap the latest U.S. Department of Commerce highlights spanning a wide range of issues promoting job creation and economic growth, programs, and events in one blog post.

On April 14, National Oceanic and Atmospheric Administration’s National Integrated Heat Health Information System (NIHHIS) and partners launched new community-led campaigns that will map the hottest parts of cities in 11 states across the country this summer.

“Our Nation faces a growing climate crisis that has exacerbated inequities, particularly for the low-income and communities of color,” said U.S. Secretary of Commerce Gina M. Raimondo. “The Biden-Harris Administration is ready to take swift action to tackle climate change, and we at the Department of Commerce are so pleased to be partnering with communities around the country toward equitable climate resilience by working with them to design safer, more livable, and healthier cities.”

On April 20, U.S. Secretary of Commerce Gina Raimondo testified before the Senate Committee on Appropriations on "The American Jobs Plan: Infrastructure, Climate Change, and Investing in Our Nation’s Future" hearing.

On April 15, the National Institute of Standards and Technology's Cybersecurity for the Internet of Things (IoT) program released new information for small and medium-sized manufacturers to navigate potentially turbulent waters when integrating  IoT into their facilities and operations.

On April 16, the U.S. Census Bureau provided insight into how they completed the Census when households or group quarters did not respond to the 2020 Census.

On April 19, the Economic Development Administration began highlighting EDA University Centers across the country to showcase the amazing work they do to support innovation, entrepreneurship, resiliency, and inclusiveness.

On April 20, the Bureau of Economic Analysis released the latest Survey of Current Business, with new data showing the sources of GDP growth across industries in 2019.

Earlier this week, the National Oceanic and Atmospheric Administration kicked off Earth Week, with ten ways you can make a difference right now. Also, in the spirit of this year’s Earth Day theme “Restore our Earth,” NOAA and partners began a three-year effort to outplant more than 60,000 fragments of nursery-raised coral at Eastern Dry Rocks Sanctuary Preservation Area off the coast of Key West, Florida.