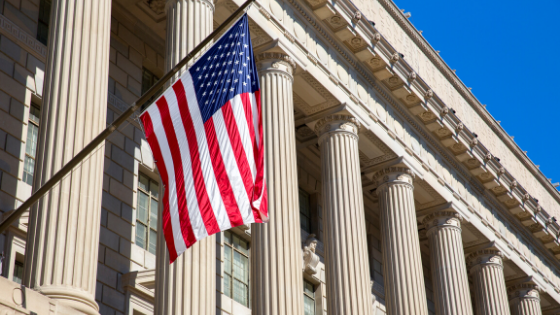 "My job as the Commerce Secretary is to do everything I can to enable American businesses of all sizes to compete. And at its core, the American Jobs Plan is about investing in American competitiveness, strengthening our workforce, rebuilding infrastructure, and leveling the playing field so all Americans have a shot at a good job," said Secretary Raimondo.

Secretary Raimondo: "President Biden's American Jobs Plan prioritizes creating more decent-paying manufacturing jobs and emphasizes the care economy. There are so many women, particularly women of color, working hard for low pay, taking care of our loved ones. They deserve raises and dignity."

On April 12, President Joseph R. Biden, Jr. briefly joined National Security Advisor Jake Sullivan, Director of the National Economic Council Brian Deese, and Secretary of Commerce Gina Raimondo during a virtual event with CEOs and senior leaders from industries affected by the semiconductor shortage — including representatives from American semiconductor producers, tech companies, automotive manufacturers, and other companies that use semiconductors.

On April 8, the Department of Commerce Bureau of Industry and Security added seven Chinese supercomputing entities to the Entity List for conducting activities that are contrary to the national security or foreign policy interests of the United States.

U.S. Secretary of Commerce Gina M. Raimondo released the following statement:
“Supercomputing capabilities are vital for the development of many – perhaps almost all – modern weapons and national security systems, such as nuclear weapons and hypersonic weapons. The Department of Commerce will use the full extent of its authorities to prevent China from leveraging U.S. technologies to support these destabilizing military modernization efforts.”

On April 13, the Department of Commerce served a subpoena on a Chinese company to support the review of transactions pursuant to Executive Order 13873, Securing the Information and Communications Technology and Services Supply Chain.

Knowing your “safe place” is ​one of the most essential​ preparedness activities to save your life from extreme weather. On April 7, the National Weather Service and its Weather-Ready Nation Ambassadors' hosted #SafePlaceSelfie day! #SafePlaceSelfie​ is a social media campaign to encourage everyone across the country to know what natural hazards are in your area, identify your safe location(s) and post a "SafePlaceSelfie" over social media.

On April 9, the National Oceanic and Atmospheric Administration announced that it is updating the set of statistics used to determine when hurricane seasons are above-, near-, or below-average relative to the climate record. This update process occurs once every decade.

The week of April 11 is recognized as National Public Safety Telecommunicators Week, and we are proud to honor and thank the thousands of telecommunicators across the nation who answer the call of service to help their fellow Americans when they are most in need.

On April 12, the Bureau of Economic Analysis and the Bureau of Labor Statistics announced they have updated and expanded their joint data set showing sources of growth or decline in industries and how those sources affect the U.S. economy overall. New detail was added about the contributions of information technology and other types of capital assets.