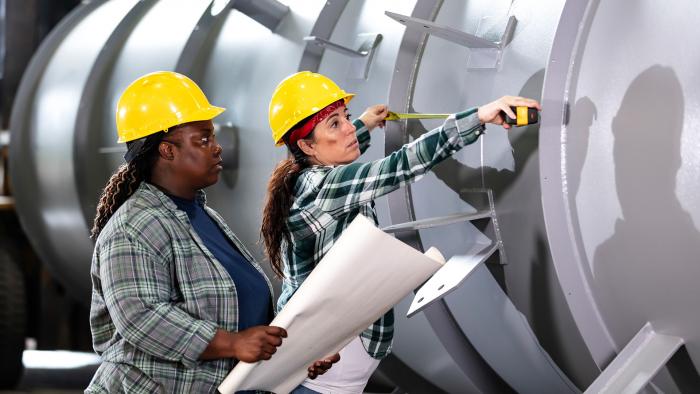 U.S. manufacturing experienced a substantial decline in employment from 2000 to 2010 due largely to the 2008 Great Recession but rebounded – until the Covid-19 pandemic hit in 2020. Despite these fluctuations, it began inching up again in 2021.

But the renewed upswing doesn’t mean a return to traditional manual jobs. Instead, manufacturing employers now need a new kind of worker, one with skills to operate in a highly automated environment.

This shift may be opening doors to more women, according to data and trends in the manufacturing industry the Census Bureau is highlighting as the nation celebrates Manufacturing Day (October 7).

Some facts about women in manufacturing:

Although men still hold the majority (67.9%) of U.S. manufacturing jobs, the Census Bureau’s Job-to-Job (J2J) Flows Explorer shows that from 2010 until the pandemic struck in 2020, the share of women in manufacturing jobs rose in every working-age category up until 2020, when the COVID-19 pandemic started.

In 2021, the data show the numbers going back up to pre-Covid levels. Certain age groups show an even higher spike than before the pandemic. For example, 8.6% of the people who went into manufacturing jobs were women ages 55 to 64 before the pandemic but increased to 9.1% in 2021.

According to the Federal Reserve Bank of St. Louis, the number of manufacturing jobs in the United States dropped from over 17 million in 2000 to just above 12 million in 2015. As shown below, this trend can be seen using the U.S. Census Bureau’s Quarterly Workforce Indicators (QWI) Explorer tool.

Among the reasons behind the decline in manufacturing jobs: the competitive challenge from global markets, plus highly productive industries, such as communications, finance and business, also are appealing to more workers.

In addition, a major demographic shift – the “great retirement” of baby boomers exiting the workforce – has also played a role.

As manufacturers strive to foster creativity, they have found that gender diversity boosts employee morale and retention. As a result, there has also been some growth of women not only in manufacturing, but also in Science, Technology, Engineering, and Mathematics (STEM) related fields – skills that manufacturing employers increasingly require.

Manufacturing jobs are not the hazardous and dangerous jobs they used to be. Many now are high-tech, from design and marketing to administration, finance and sales, and cybersecurity.

Manufacturing used to be one of the industries that paid well without a college degree and offered many Americans a middle class lifestyle. Most entry-level manufacturing positions paid higher wages, $35,000 a year compared to $26,000 for some jobs, according to a 2017 Georgetown University report.

When automated production functions started to change, it most affected those with a high school diploma or less education. As production and assembly jobs lost ground to jobs off the factory floor, those with a postsecondary education became best positioned to succeed in new world of manufacturing.

Among the ways the industry has been attracting more women and reducing the gender gap: by encouraging girls at a young age to study STEM subjects and changing the perception of women in manufacturing. For example, some universities offer college credits to girls in middle school and high school in manufacturing programs.