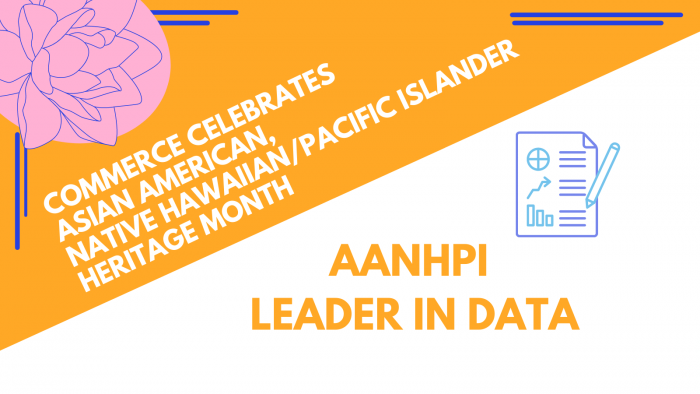 Asian American and Native Hawaiian/Pacific Islanders have long contributed to the U.S. Census Bureau’s mission, both at headquarters and in the field. In honor of Asian American and Native Hawaiian/Pacific Islander Heritage Month, the Census Bureau is highlighting an impactful man that played an important role in helping to break down barriers and get a more accurate census count in Hawaii, a kahuna (wise man or shaman), David Kaonohiokala Bray.

Completing a decennial census is not just about counting people door to door or having people fill out a form—it takes far more to build trust in a community. The U.S. Census Bureau for decades has relied on local translators, census takers and others to help earn the trust of people reluctant to complete the census. This was especially true in the early 1900s, when David Kaonohiokala Bray helped get a more complete count in his beloved homeland—Hawaii. Bray served as a special agent to the Census Bureau tasked with helping to encourage his fellow Hawaiians to participate in the 1910 Census. A fierce advocate for the then-young U.S. territory, Bray was part of a coveted group of locals assembled by the Census Bureau to prepare and disseminate information in various languages about the importance of the census to Hawaii.

Hawaii became a U.S. territory in 1898—and the Census Bureau first counted its population during the 1900 Census. According to that census, the islands then had a population of 154,001. But the Census Bureau believed the number was much lower than the actual population. The suspected reasons: communication difficulties (56.6 % of the population over age 10 did not speak English) and an outbreak of bubonic plague, which significantly delayed the count. Plus, many Hawaiians were reluctant to respond to the census because previous governments had used such surveys for tax purposes.

The Census Bureau recognized it needed to erase misconceptions and fears to encourage participation in the 1910 Census—and with David Bray’s help launched an outreach campaign designed to educate Hawaiians, gain their trust and motivate them to respond to the census.

Bray, born on March 5, 1889, in Honolulu, Hawaii, descended from a long line of Hawaiian kahunas including Holoa’e, who served King Kamehameha the Great, and Pa’ao, a Tahitian priest influential in 13th -century Hawaii. He and his wife, Lydia Maunahina Dusson (whom he married in 1910) had six children and mentored many more, prompting locals to dub them, “Daddy” and “Mama” Bray.

Following his census work, Bray spent nearly 50 years learning and teaching others more about Hawaiian heritage. In 1919, he and his family started a hula troupe in a bid to revive and popularize the ancient practice that nearly died under the disapproving influence of 19th century missionaries. They also taught classes on Hawaiian culture, legends and language to locals and entertained visitors.

By the late 1940s, the Brays were participating in major festivals showcasing Hawaiian entertainers. Now considered one of Hawaii’s premier experts on Hawaiian culture, David Bray also wrote a book, The Kahuna Religion of Hawaii. In the 1940s, the Brays’ oldest daughter, Odetta, also married Hollywood film producer and actor Arthur Rosson, who cast David Bray as a kahuna (shaman or wiseman) in various South Seas movies and TV shows (including the film Bird of Paradise in 1951)

In 1955, the governor of Hawaii appointed Bray guide to the throne room of the ‘Iolani palace. Just four years later (in 1959, the same year Hawaii became the last state to join the U.S.) the Territorial House of Representatives passed a resolution honoring him for his work as a kahuna, and for helping to revitalize and preserve the ancient art of hula.

Bray focused on teaching about his native culture until his death on November 11, 1968, in Kailua Kona, Hawaii.

We salute David Bray for his work restoring, preserving, and raising awareness of Hawaiian culture and traditions, including ensuring the 1910 Census fully represented the Hawaiian people by communicating to them in their own language and educating them on why it was so important their voices be heard.