Research Your Family and Nation’s History with 1950 Census Records 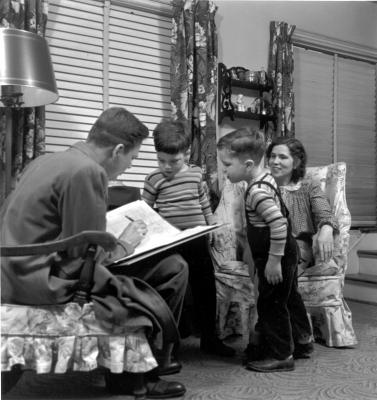 Taken every 10 years since 1790, the United States census provides a snapshot of the nation's population. Because of a 72-year restriction on access to the records, the most recent census year currently available is 1950.

On April 1, 2022, the 1950 Census was released, and users can access it for free through a dedicated website at 1950census.archives.gov. This population census is the 17th decennial census of the United States. The National Archives and Records Administration (NARA) has digitized and is providing free online access to the 1950 Census population schedules for U.S. states and territories, enumeration district maps, and enumeration district descriptions.

See more at the virtual celebration of the 1950 Census records release by watching remarks from the Archivist of the United States, the Director of the Census Bureau, the Secretary of Commerce, the Secretary of the Interior, and other distinguished individuals.