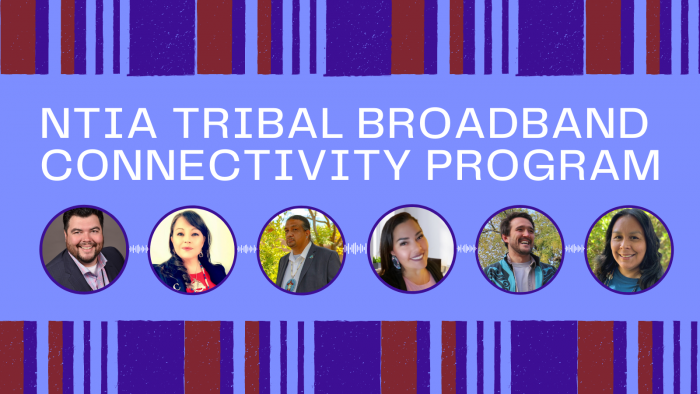 As our Nation honors Native American Heritage Month, the Department of Commerce remains committed to building back a better, more equitable economy where no one is left behind. By implementing the Infrastructure Investment and Jobs Act, Commerce’s National Telecommunications and Information Administration (NTIA) will help ensure every person in this country, especially those living on Tribal land and other underserved areas, has access to reliable and affordable high-speed Internet.

Indigenous communities are among the most unserved and underserved populations for broadband deployment and adoption in the country, which has been devastatingly evident throughout the disproportionate impact of the COVID-19 pandemic. Roughly half of the households in tribal lands lack broadband service at home.

This builds on the work the Department of Commerce and the Biden administration have been doing to better serve Tribal nations’ broadband needs.

In June, Vice President Kamala Harris, Secretary of Commerce Gina Raimondo, and Secretary of the Interior Deb Haaland announced the availability of nearly $1 billion for the program, funded by the Consolidated Appropriations Act, 2021.

And, just last week, at the White House 2021 Tribal Nations Summit, Vice President Kamala Harris announced that NTIA awarded the first three grants as part of the TBCP. These initial awards, totaling nearly $1.4 million, are being made to the Taos Pueblo in New Mexico, the Upper Mattaponi Tribe in Virginia, and the Sokaogon Chippewa Community in Wisconsin.

When Secretary Raimondo addressed the National Congress of American Indians’ 78th Annual Convention last month, she committed to working with Tribal governments to get them the broadband connections needed to participate in the 21st-century economy. NTIA has an entirely Native American staff working on the TBCP. Prior to the launch of the TBCP, NTIA facilitated 13 hours of Tribal consultations and performed extensive outreach, including more than 50 regional Tribal technical assistance workshops, 10 webinars for prospective applicants, and engagement at the individual Tribal level.

“Not only do Tribal nations need and deserve to be heard when it comes to equitable access to broadband, but the Department of Commerce and NTIA recognizes that representation is equally important when concerning these issues,” Secretary Raimondo added. “We are proud that the team leading these efforts come from the Tribes and communities they are working to serve through this program and understand these issues deeply and personally.”

In September, the NTIA announced it had received more than 280 applications for TBCP for a total of over $5 billion in funding requests. The volume of requests demonstrates the significant need to expand access to and adoption of broadband service on tribal lands.

As increased funding comes in through the Bipartisan Infrastructure Investment and Jobs Act, the Commerce Department and NTIA will continue to work with Tribal nations to ensure that we close the digital divide once and for all.