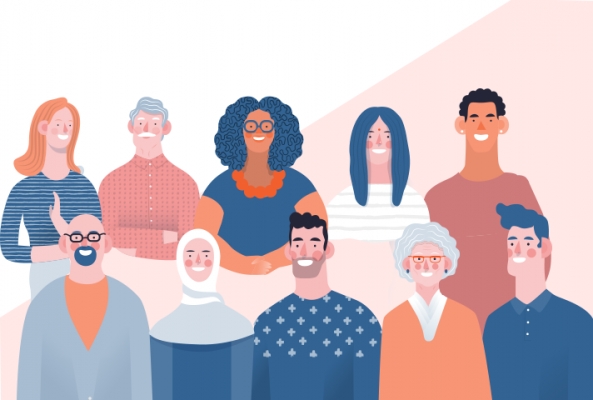 The U.S. Census Bureau today released additional 2020 Census results showing an increase in the population of U.S. metro areas compared to a decade ago. In addition, these once-a-decade results showed the nation’s diversity in how people identify their race and ethnicity.

“We are excited to reach this milestone of delivering the first detailed statistics from the 2020 Census,” said acting Census Bureau Director Ron Jarmin. “We appreciate the public’s patience as Census Bureau staff worked diligently to process these data and ensure it meets our quality standards."

These statistics, which come from the 2020 Census Redistricting Data (Public Law 94-171) Summary File, provide the first look at populations for small areas and include information on Hispanic origin, race, age 18 and over, housing occupancy and group quarters. They represent where people were living as of April 1, 2020, and are available for the nation, states and communities down to the block level.

The Census Bureau also released data visualizations, America Counts stories, and videos to help illustrate and explain these data. These resources are available on the 2020 Census results page. Advanced users can access these data on the FTP site.

Population Changes Across the Country Since the 2010 Census

“Many counties within metro areas saw growth, especially those in the south and west. However, as we’ve been seeing in our annual population estimates, our nation is growing slower than it used to,” said Marc Perry, a senior demographer at the Census Bureau. “This decline is evident at the local level where around 52% of the counties in the United States saw their 2020 Census populations decrease from their 2010 Census populations.”

A data visualization released today shows the population change at the county level from the 2010 Census to the 2020 Census. Read more about population change in the America Counts story, More Than Half of U.S. Counties Were Smaller in 2020 Than in 2010.

2020 Census Findings on Race and Ethnicity

The 2020 Census used the required two separate questions (one for Hispanic or Latino origin and one for race) to collect the races and ethnicities of the U.S. population ­­— following the standards set by the U.S. Office of Management and Budget (OMB) in 1997. Building upon our research over the past decade, we improved the two separate questions design and updated our data processing and coding procedures for the 2020 Census. This work began in 2015 with research and testing centered on findings from the 2015 National Content Test, and the designs were implemented in the 2018 Census Test.

The improvements and changes enabled a more thorough and accurate depiction of how people self-identify, yielding a more accurate portrait of how people report their Hispanic origin and race within the context of a two-question format. These changes reveal that the U.S. population is much more multiracial and more diverse than what we measured in the past.

We are confident that differences in the overall racial distributions are largely due to improvements in the design of the two separate questions for race data collection and processing, as well as some demographic changes over the past 10 years.

Today’s release of 2020 Census redistricting data provides a new snapshot of the racial and ethnic composition of the country as a result of improvements in the design of the race and ethnicity questions, processing and coding.

“As the country has grown, we have continued to evolve in how we measure the race and ethnicity of the people who live here,” said Nicholas Jones, director and senior advisor for race and ethnicity research and outreach at the Census Bureau. “Today’s release of 2020 Census redistricting data provides a new snapshot of the racial and ethnic composition and diversity of the country. The improvements we made to the 2020 Census yield a more accurate portrait of how people self-identify in response to two separate questions on Hispanic origin and race, revealing that the U.S. population is much more multiracial and more diverse than what we measured in the past.”

Read more about the adult and under-age-18 populations, the total number of housing units, and the group quarters population.

Information on the racial and ethnic composition of your state and county, and various measures of diversity are available in the following America Counts stories: 2020 U.S. Population More Racially and Ethnically Diverse Than Measured in 2010 and Improved Race and Ethnicity Measures Reveal U.S. Population Is Much More Multiracial.