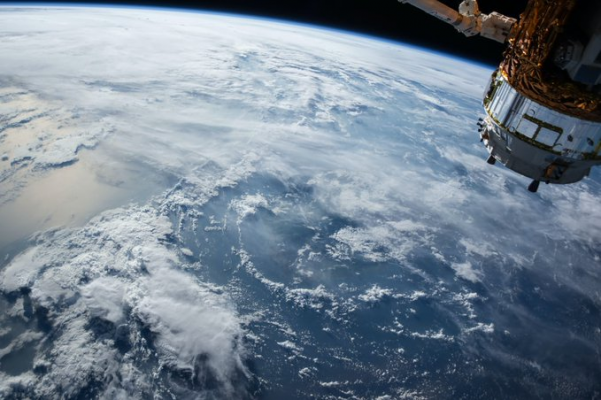 Every day, Americans depend on space-based technologies, which power navigation services, accurate weather forecasts, rural Internet access, public safety communications, national security objectives, and more. All of these technologies depend on a key public resource – radiofrequency spectrum – both for controlling space operations and for relaying communications and data to and from Earth.

Today, NTIA released a first-of-its-kind report documenting the wide array of current and projected spectrum uses by space-based systems. The report, titled “The Spectrum Needs of U.S.-Based Space Operations,” will help inform policymakers and others regarding the key roles these systems perform.

The report highlights the economic, social and life-saving benefits of the communications, remote sensing, radio astronomy, and position, navigation, and timing services that these systems provide. A recent review by the Department of Commerce’s Bureau of Economic Analysis found the U.S. space economy added $108.9 billion in value to the current-dollar GDP.

Take the Global Positioning System (GPS), a U.S. government satellite system that provides essential location and navigation services to a wide range of consumer devices, including mobile phones. GPS also allows for the exact synchronization of computer, telecommunications and financial networks, and it plays a significant role in coordinating the elaborate ballet of orbiting satellites. The report cites data indicating that GPS impacts more than $1.4 trillion in the U.S. economy.

Beyond GPS, other space-based systems gather data needed for accurate weather forecasts, monitoring flooding and fire conditions, safe transportation and aviation systems, and other key elements of public safety and economic security. Our nation’s world-leading military makes extensive use of space-based systems for its global operations. Two major satellite television companies together had some 28.5 million customers at the end of 2020, and satellite-based radio had 35 million customers during the same period.

The satellite broadband Internet market, moreover, has the potential to substantially expand through the launching of multiple “mega-constellations” of low-earth-orbit satellites. The report also charts the future development of “over-the-horizon” markets and services, such as space tourism, which could generate $14 billion in cumulative revenues by 2028. It also explores the possibilities for space-based resource utilization, power-generation and manufacturing.

Importantly, the report explains that the vast distances between Earth and orbiting satellites — not to mention deep-space operations conducted by NASA around our solar system — make transmission links highly vulnerable to interference and disruption.  Radio astronomy operations particularly depend on extremely “quiet” spectrum environments to detect the most remote signals from distant galaxies.

To help policymakers, regulators and the general public understand the broad scope of space-based systems and their spectrum needs, the report includes an extensive and detailed appendix describing individual spectrum bands, allocations to space-based services, and illustrative examples of the systems using those bands.

Amazing things are happening in space, and the U.S. is leading the way. To learn more, read the full report.