Women-Owned Business Ownership in America on the Rise 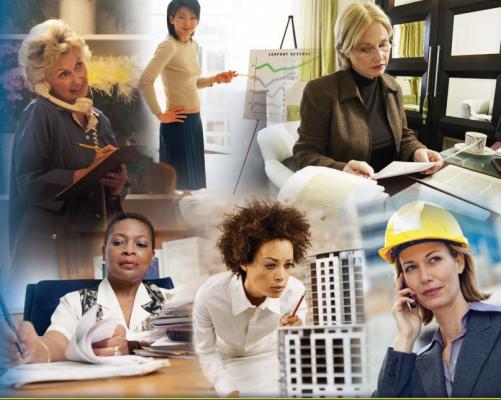 Women-Owned Business Ownership in America on the Rise

Women-owned firms made up only 19.9% of all firms that employed people in the United States in 2018 but their numbers are growing.

Women-owned employer firms reported nearly $1.8 trillion in sales, shipments, receipts or revenue and employed over 10.1 million workers with an annual payroll of $388.1 billion in 2018.

The ABS provides data on race, ethnicity, sex and veteran status of owners of businesses with one or more paid employees. This information can be invaluable in helping economic development organizations promote growth of minority and women business ownership in their areas.

As the nation recognizes Women’s History Month, this data highlights some of women’s contributions to our economy.

Demographic characteristics of the nation’s women-owned firms are similar to their male-owned firm counterparts.

Are There More Women-Owned Businesses in Some Sectors?

Women-owned firms tend to be more concentrated in certain sectors than all firms overall. According to the ABS, 191,230 or approximately 16.8% of the nation’s total 1.1 million women-owned firms in 2018, were classified in the Professional, Scientific, and Technical Services sector, compared to 14.3% for all firms in the sector.

Average annual earnings of employees of women-owned firms lag behind the national earnings average of the workers of all firms:  $38,238 in average annual payroll per employee compared with $54,114.

Women-owned firms in nine of the 20 sectors the ABS covered had average annual payroll per employee statistically lower than the total for all firms in those sectors.

The lack of sex parity was also visible in average annual sales, shipments or revenue.

What States Have the Most Women-Owned Businesses?

With more firms than any other state (742,139), it’s not surprising that the nation’s most populous state, California, also had the most women-owned firms in 2018.

In terms of employment, women-owned firms in Montana made up 11.0% of all employees in the state.

What About the Self-Employed?

The NES-D program supplements ABS data and includes similar breakouts by the race, ethnicity and veteran status of the business owner. It also includes data the business itself, including the industry classification, and breakouts by receipts size and legal form of organization. Combining the ABS and NES-D data gives us the total number of women-owned firms in the United States.

Some key statistics from the 2017 NES-D:

Where Do We Go From Here?

The Census Bureau’s ABS and NES-D provide key data that federal agencies, for example, can use to promote business ownership by women. The Small Business Administration, the Department of Commerce’s Minority Business Development Agency, and the National Women’s Business Council also provide key resources to encourage women-owned businesses, along with dozens of federal, state, local and private sector organizations.

ABS data are only possible thanks to the millions of businesses who respond to Census Bureau surveys and programs.