Chief Data Officer
Office of the Under Secretary for Economic Affairs 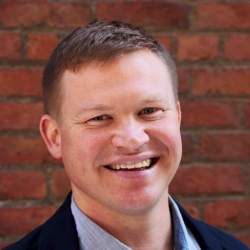 Oliver Wise is Chief Data Officer at the Department of Commerce. In this position, Wise is responsible for leading the Commerce Department's data strategy, advancing capacity for evidence-based decision-making by implementing the Evidence Act and aligning and scaling the department’s data resources to better meet the needs of users.

Wise was the founding director of the City of New Orleans Office of Performance and Accountability, the city’s first data analytics and performance management team. This work was recognized with awards from the American Society of Public Administration, International City/County Managers Association, Bloomberg Philanthropies, and Harvard University. In 2015, Wise was named to Government Technology’s “Top 25 Doers, Dreamers, and Drivers” list.  In the private sector, Wise served in product management and strategic roles at Tyler Technologies and Socrata.

Earlier in his career, Wise was a policy analyst for the RAND Corporation and the Citizens Budget Commission of New York City. He is also a co-founder of the Santorini-based Atlantis Books.  He holds an MPA from New York University’s Robert F. Wagner Graduate School of Public Service, a bachelor’s degree from Tufts University, and is most proud of his incredible family.