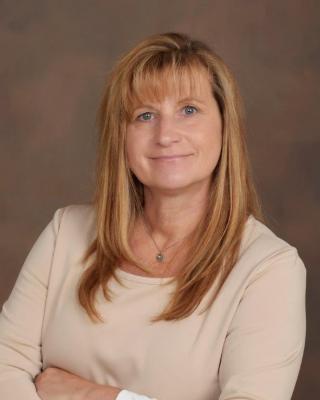 I joined the EDA team over ten years ago as a Civil Engineer. My background in engineering, public works, and construction are a great fit for my role at EDA, where I provide assistance to communities to develop and build their economic infrastructure.

Prior to my work in the federal government, I worked in local and state government positions, completing a “trifecta” career in the public service arena. I have found my work at all levels of government extremely rewarding, offering unique opportunities and diverse challenges.

I became a Civil Engineer several decades ago, at a time when there were not many women entering engineering or other STEM-related careers. And especially, not many women from remote small towns like my rural northern Wisconsin home. Even though I excelled in math and science in high school, my teachers or career counselors did not encourage me to pursue a degree in these fields. Instead, it was my father that guided me to become an engineer. He grew up working long hours on the family farm, not able to complete high school. He wanted his children to have a different life, and he knew there were great opportunities for anyone interested in science or math careers, including his daughters.

I pursued my engineering degree at the University of Minnesota in Minneapolis and was one of only a handful of women in most of my classes. When I graduated and took my first engineering position with the State of Colorado – Parks and Wildlife division, I was the only woman in the department. I later was hired at a large municipality public works department and was the only female engineer for several years. I was eventually promoted from within and became the only woman managing a large division.

Despite a history of success in my career, it wasn’t always comfortable for me. I often felt uneasy being the only woman in a room full of men. I didn’t feel confident voicing my opinion and ideas, especially if they were different or contrary. I sometimes felt out of place and that I needed to prove myself to others. I didn’t want to say something wrong or ask the “stupid” question. I eventually realized, however, that it was my own hesitation and self-doubt. As I began to force myself to speak up more and express my ideas, I found that they were usually well received. I realized that a unique perspective was often appreciated.

Fast forward to 2020. I now notice in my work that there are equal numbers of women and men working side by side as engineers and in all careers, including STEM. My own two daughters have pursued careers in the defense and bio-medical engineering fields, and my niece recently credited me for inspiring her to become a successful transportation engineer.

In my current role as an Area Director, I manage a staff of professional men and women who all contribute uniquely to the great success of our team.

As I reflect on my career and Women’s History Month, I am thankful for all of the women who came before me and created a path for me to pursue such a rewarding career. For young women entering today’s workforce, my advice to them is to be confident in yourself and your ideas. Don’t let your own self-doubt limit your contributions or hold you back from expressing yourself and providing your unique perspective and value. Don’t be afraid to ask that question!

Ed. note: This post is part of the Spotlight on Commerce series highlighting the contributions of Department of Commerce women during Women's History Month.