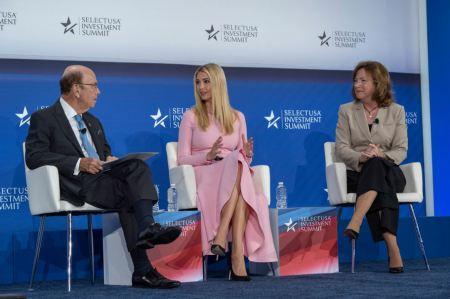 This past year, the Commerce Department and its diverse bureaus and agencies were active in promoting job creation and economic growth, ensuring fair and reciprocal trade, leveling the playing field for American workers, and providing critical economic data to policymakers and the public.

To close out the year, we have put together a list of our top blogs for 2019. This past year, our readers top picks included GDP growth in 2019, hiring for the upcoming 2020 Census, looking ahead to the 2020 SelectUSA Investment Summit and the Secretarial announcement of the winners of the Malcolm Baldrige National Quality Award, the nation’s only presidential award for performance excellence.

#5:    American Broadband Initiative to Expand Connectivity for all Americans

Expanding America’s broadband connectivity is critical to our nation’s economy, and a top priority for President Trump and the Department of Commerce. In February of 2019, the Commerce Department’s National Telecommunications and Information Administration (NTIA) jointly announced the American Broadband Initiative (ABI). The ABI is a comprehensive effort to stimulate increased private sector investment in broadband. Over 20 federal agencies set out strategies for streamlining federal permitting, leveraging federal assets, and maximizing the effectiveness of federal funding for broadband. The American Broadband Initiative Milestones Report was released as well which outlines a vision for how the Federal Government can increase broadband access.

In November, Commerce Secretary Wilbur Ross announced the winners of the Malcolm Baldrige National Quality Award. Baldrige is the nation’s only presidential award for performance excellence, recognizing U.S. organizations and businesses that have shown an unceasing drive for innovative solutions to complex challenges, visionary leadership and operational excellence.

“With an emphasis on efficiency and best practices, the Baldrige public-private partnership generates $1 billion per year in economic impact for the U.S. economy,” said Secretary of Commerce Wilbur Ross. “The Baldrige Award embodies the competitive spirit and commitment to excellence that fuels our economic resurgence and drives our country forward.”

The Commerce Department’s National Institute of Standards and Technology (NIST) manages the Baldrige Award in cooperation with the private sector.

In November, a blog was published by Commerce Secretary Wilbur Ross announcing registration was open for the 2020 SelectUSA Investment Summit and noting the 2019 Investment Summit was the most successful to date where more than 1,200 international delegates connected with nearly 800 EDO representatives and 300 service providers from nearly every state and territory in the U.S. The Investment Summit has directly impacted more than $32.5 billion in U.S. investment projects supporting more than 38,400 U.S. jobs.

The 2020 Census is a count of every person living in the United States on April 1, 2020, the official Census Day. The data collected from the Census is used to apportion seats in the U.S. House of Representatives, to make planned decisions about community services and to distribute more than $675 billion in federal funds to local, state and tribal governments each year.