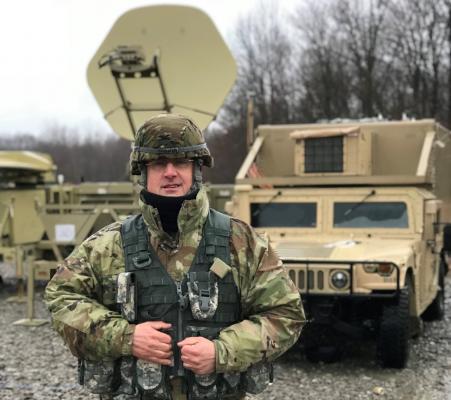 On Veterans Day, we honor the sacrifices and contributions our fellow citizens have made in the name of freedom and democracy for our country. Over the past 30 years, I have had the great pleasure of serving with service members who, without fail, put the needs of their nation first.

I grew up relatively poor in Connecticut, and saw the Army as an opportunity to see the world and become a leader. Military service is a tradition in my family. While attending the University of Connecticut, I signed up for the Connecticut Army National Guard.

After graduation, I entered active duty as a combat engineer officer serving in the cities of Kitzingen and Schweinfurt in Germany. I also was deployed to Kuwait, where we were able to watch first-hand the legendary Paul “Red” Adair as he extinguished the oil fires set by retreating Iraqi forces.

Over the next 30 years I became a Signal Corps Officer, and commanded at the company, battalion, and brigade levels. I have led antiterrorism teams in Iraq and Afghanistan and directed disaster operations in support of major hurricanes, fires, flooding, and earthquakes.

As the battalion commander of the 3rd BN, 518th Regiment, my drill sergeants trained and developed the next generation of soldiers who are out there today winning our wars and defending our freedoms. My proudest service was the opportunity to command the nearly 1,800 soldiers and civilians of the 359th Theater Tactical Signal Brigade.

In my down time, I coach my son’s Little League team, assist with my daughter’s softball team, and for the past four years have served as the Cubmaster of Pack 1160.

As we honor our nation’s veterans, it’s important to thank those individuals who have enabled us to serve, especially those parents, spouses, children, and employers who endured hardships on our behalf, so we could focus on the mission at hand.