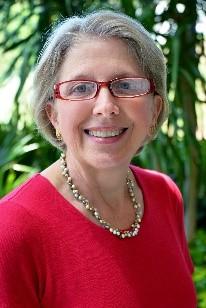 As chief economist of the U.S. Census Bureau and chief of the Center for Economic Studies (CES), part of my job is to help efforts to continuously improve our measures of the U.S. economy. While the Census Bureau is most known for the population census, we also produce economic indicators (such as monthly retail trade), benchmark economic statistics, and other economic series (such as Business Formation Statistics). I am responsible for identifying gaps in our understanding of the dynamic and complex U.S. economy and then finding ways to fill these gaps by working with our talented staff and outside experts in researching and developing new data products and improving and enhancing existing data production. My job combines scientific rigor and creativity, with opportunities for continuous learning, all in the service of our country.

An example of how my work helps improve Census Bureau economic products concerns our measures of business owners. When I was asked to describe Census Bureau programs at a United Nations conference on gender and entrepreneurship, I noted that a particular challenge that the Census Bureau faced was describing the impact of the Great Recession on female and minority business owners due to the timing of current collections. Following my presentation, a conference participant proposed a collaborative effort to develop an improved measure of entrepreneurship. Working through this partnership, with the recommendations from a National Academy of Sciences panel providing further external expertise, and several dedicated Census Bureau staff, eventually led to a new source of information, the Annual Survey of Entrepreneurs, which allows policymakers, businesses, and researchers to better understand U.S. entrepreneurship.

I am fortunate to serve as the Census Bureau’s liaison to the American Economic Association’s Committee on the Status of Women in the Economic Profession (CSWEP) and as a reviewer of applications to their summer programs. I have also served on the Census Bureau’s Diversity Council, helping to further our agency’s commitment to diversity and inclusion.

I have had a number of influential role models on my path to becoming a professional economist. My very first introduction to economics was in high school where our teacher was the first “economist” that I ever knew. Her weekly assignment to take an article from the paper and write about it from an economics perspective, cemented my interest in economics by highlighting its real world applications. Thus when I entered Georgetown University as a freshman, I already knew that I wanted to be an economics major.

Following college, my first job was as a research assistant at the Congressional Budget Office working on forecasts of the U.S. economy. This was a great introduction to working with economists on research projects but, I admit, transitioning to this type of work after coursework was challenging. Fortunately, I found two great mentors that helped. After three years, I moved to a similar position at the Federal Reserve Board, working primarily on the forecast of U.S. international trade. Here, I worked with two female economists who were great role models.

These mentors and role models at my first two jobs enabled me to imagine getting my PhD — something that would not have occurred to me back in college. Not only did they inspire me to take the next step in my education, as a practical matter, they also helped me understand the process for applying to graduate school and of being a graduate student research assistant. While in graduate school at the University of Maryland, not only did I learn from my course work but also from my experience as a research assistant working with Census Bureau micro data. This work developed into a broader research agenda that I continue to this day.

Economics is a broad discipline with many different ways to be successful. The profession has many programs that are designed to encourage young people to imagine themselves as economists (see www.aeaweb.org). In this Women’s History Month, I appreciate the opportunity to express my gratitude for the many role models and mentors who helped me and the opportunity to learn about others’ journeys on this Commerce Department website.

My advice to anyone considering economics is to be resilient since research involves many setbacks on the road to success. A quote that resonates with me is from Albert Camus, “In the midst of winter, I finally learned that there was in me an invincible summer.” It is important to build on your strengths and challenge your weaknesses when developing creative ways to follow your passion; that is, within each of us is our own “invincible summer” that we are called upon to find and use to give our lives meaning.