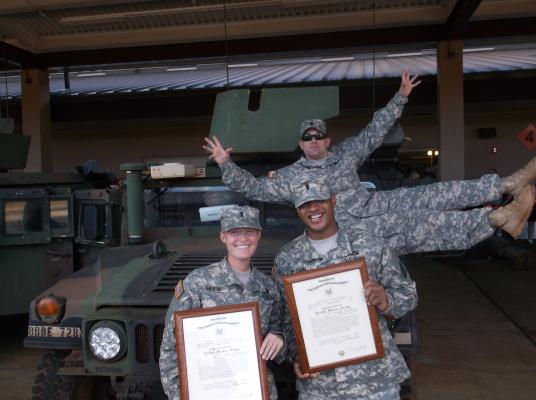 I’m sure that many people who write these types of blogs will tell you that they joined the military because they felt that it was their patriotic duty, or that they were following in the footsteps of ancestors that came before them. While neither situation describes my path, I will agree that serving my country as an officer in the United States Army was one of the best decisions I ever made.

Before joining the military, I had an extremely challenging life. As a junior in high school, while others were applying to colleges, I was standing in front of a Baltimore Country disciplinary committee asking to be reinstated into school after being expelled 4 months prior. While I eventually did make it back into school for my senior year, it was after being rejected by 6 different colleges that I enlisted in the United States Army in 2008. Although I joined the military out of necessity, the structure and discipline that I learned in basic combat training gave me what I needed to turn my life around.

I served 4 ½ years as a Military Police Officer in the United States Army. I was commissioned through the Florida International University (FIU) Reserve Officers Training Corps (ROTC) in 2012. That year, I was commissioned as a 2nd Lieutenant and became a platoon leader of 45 Soldiers. Some of the soldiers that I was called to lead had more time in the Army than I had on this earth. It forced me to grow up quickly while earning the respect of those I was called to lead. Being in that position taught me to trust not only my own instincts but of those around me. What I have oved most about my military service is watching the soldiers that I have led over the years go on to do great things, whether it was in the Army or in civilian life.

While my main job in the Army was law enforcement, I was fortunate enough to perform duties and missions throughout the world. I am also proud to have served alongside this country’s finest citizens, many of whom I still work with today. Most importantly, being in the Army taught me to remain confident in the face of uncertainty, whether it was jumping out of a C-130 or facing what awaited me when I concluded my military service in 2016.

Today, I work for the International Trade Administration as an International Trade Compliance Analyst in the Enforcement and Compliance Office. While I no longer carry a sidearm, I am still enforcing the law. In my job, I enforce U.S. trade law and help prevent economic injury to domestic businesses through investigating dumping practices by foreign firms and identifying countervailing subsidies by foreign governments.

In the end, while I am thankful for the opportunity to serve my country through the U.S. Army, I am equally grateful to able to continue to do so at the U.S. Department of Commerce.