Investing in communities and workers
Manufacturing 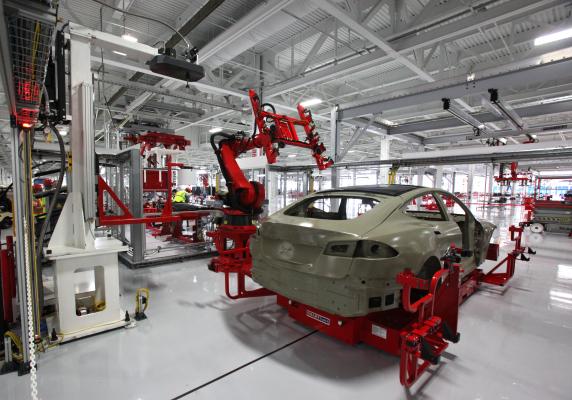 Advanced manufacturing, workforce development, the burgeoning commercial space industry and many other topics will be covered at the 2018 SelectUSA Investment Summit (June 20--22).

The upcoming 2018 SelectUSA Investment Summit (June 20-22) will feature several plenaries, panels, and breakout sessions of experts, each focused on a vital U.S. industry or subject affecting foreign direct investment (FDI) in the United States. Advanced manufacturing, workforce development, the burgeoning commercial space industry and many other topics will be covered. The one thread uniting them all: advancing and expanding American prosperity.

One industry which plays an outsized role in this effort is advanced manufacturing. In fact, most FDI coming into the United States flows to this rapidly changing industry. On Thursday, June 21, Dr. Walter Copan, Under Secretary of Commerce for Standards and Technology and the Director of the National Institute of Standards and Technology, will lead a panel on advanced manufacturing. Joined by academic and industry leaders, Under Secretary Copan will explore how innovative technologies like robotics, cloud computing, and 3-D printing are reshaping one of America’s bedrock industries.

The promises of advanced manufacturing will allow businesses to offer more options through order customization. It will be easier and more efficient to change production quantities, which can many times hamper initial production order agreements. Perhaps one of the greatest improvements will be the speed with which a product can make it to the market. From 3-D printed cars to factory-floor machines that are constantly connected to the internet, advanced manufacturing is already revitalizing the economy, bringing jobs back home, and attracting the world’s top talent.

The SelectUSA Investment Summit, the highest-level FDI event in the United States, helps connect U.S. economic developers and service providers with international business investors. Join SelectUSA, June 20-22, at the Gaylord National Resort and Convention Center in the Washington, D.C., metro area to learn how investing in the United States will lead to success.