Personal Income Up, Unemployment Claims Down 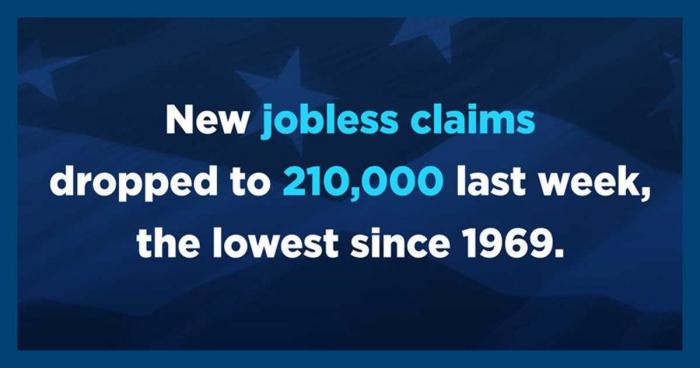 Personal income increased by 0.4 percent in January 2018 and unemployment claims decreased to their lowest levels in more than 48 years in February according to data released yesterday by the Bureau of Economic Analysis (BEA) and the Department of Labor’s Bureau of Labor Statistics (BLS).

More from BEA on the increase in personal income:

During the week ending February 24th, new unemployment claims decreased to 210,000 – the lowest level since December 6, 1969.

More from BLS on the decrease in new unemployment claims: