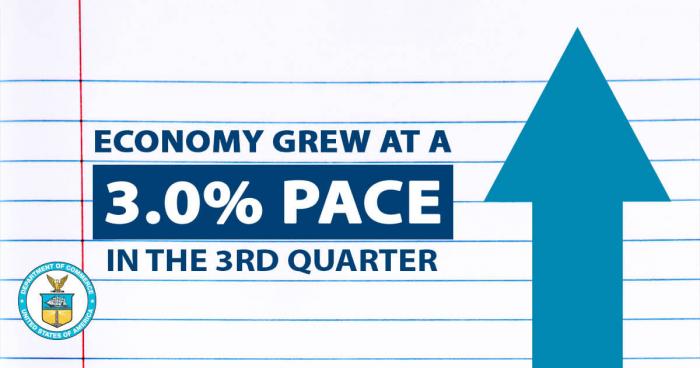 The Bureau of Economic Analysis (BEA) announced today that the U.S. economy grew at 3.0 percent pace in the third quarter of 2017.

The increase in real GDP reflected increases in consumer spending, inventory investment, business investment, and exports. A notable offset to these increases was a decrease in housing investment. Imports, which are a subtraction from GDP, decreased.