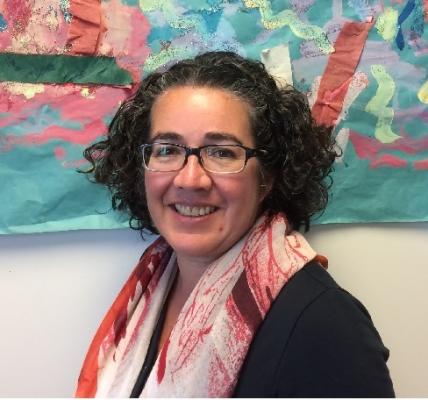 Ed. note: This post is part of the Spotlight on Commerce series highlighting the contributions of Department of Commerce employees during Hispanic Heritage Month.

I’m a lead economist specializing in public policy within the Office of the Chief Economist in the Economics and Statistics Administration, and I joined the Commerce Department in 1995. Currently, I lead a team of five economists who focus on areas that are critical to our nation’s competitiveness such as emerging technologies like autonomous vehicles.

During my twenty-plus years at Commerce I’ve had the pleasure of both learning from and collaborating with top-notch economists and policymakers. Public policy issues are frequently complex and challenging; and I feel lucky to work with talented people — from political appointees, career public servants to dedicated interns — all of whom are drawn to examining those policy challenges.

I grew up in many cities around the country. My father, who is Mexican-American, worked for the Centers for Disease Control and Prevention. And based on his career path, our family moved every couple of years when I was a child. In fact, I noticed the only children who moved more frequently than my brothers and me were children of military parents. With that in mind, I believe the locations that contributed the most to who I am today are New Mexico (where I lived during my high school years) as well as California (where I was born and still have a lot of family).

I saw a great deal of the nation when I was growing up, usually from the back seat of a car traveling down Interstates 80 or 40. The United States is a beautiful country that draws strength from both its diversity and its unity. Celebrations of diversity – like Hispanic Heritage Month – give us the opportunity to recognize the many cultures that are part of the melting pot that is the United States.

Ours is a nation of enormous potential. The best advice I would give to Hispanic/Latino youth – and all young people – is to make the most of educational opportunities. Education isn’t a spectator sport. Do the analysis. Write the code. Build the gadget. Design the space. Engage in the negotiation. Compose the music. The things that you learn hands-on and down-in-the-weeds are often the most valuable.