Something Spooky This Way Comes – Strange, Weird and Unsettling IP 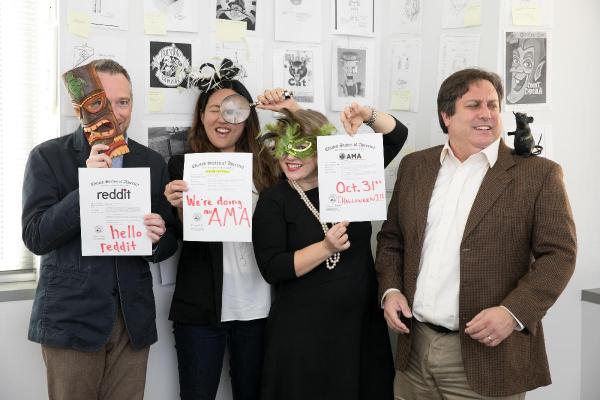 Americans will spend an estimated 9.1 billion dollars on Halloween this year, and yet many trick-or-treaters remain unaware that this holiday is crawling with countless examples of intellectual property (IP) – from the registered trademarks protecting the candy you eat and the costumes you wear, to the utility and design patents behind the tools to carve pumpkins or manufacture Halloween decorations.

As in past Octobers, the U.S. Patent and Trademark Office (USPTO) uses social media as a fun and timely way to educate the public about the importance of IP and how it impacts their everyday lives.

Seven years ago, the USPTO decided to explore the deepest and darkest corners of more than two centuries worth of patent and trademark archive to unearth some particularly Halloween-appropriate patents and trademarks, in a campaign that became known as “Creepy IP.” Whether it’s the trademark for Ghostbusters®, Count Chocula® cereal, a sound mark for Darth Vader®, or patents for the electric extraction of poison or a flesh brushing apparatus from the 1880s, the USPTO’s public records are full of interesting inventions and commercialized products, some of which would fit right in at your local haunted house.

Since its initial launch in October 2011, the #CreepyIP hashtag remains one of the USPTO's most successful interactive social media campaigns, with other federal agencies, private companies, the press and members of the general public routinely using the hashtag to share the IP they find spooky, creepy or downright strange. This year, the USPTO has even gotten other international IP offices searching their archives for Creepy IP.

Part of the USPTO’s mission is to educate the public about the importance of IP, and Creepy IP generates tremendous awareness by highlighting how patents and trademarks are ingrained in our daily lives.

Innovation and creative endeavors are indispensable elements that drive economic growth and sustain the competitive (and sometimes creepy) edge of the U.S. economy. In turn, IP protection provides incentives to invent and protects innovators from unauthorized use of their creepy inventions. The importance of IP to our economy is illustrated by a major study by the Economics and Statistics Administration which found that in 2014, IP-intensive industries directly and indirectly supported over 45 million jobs (nearly a third of all U.S. jobs) and over 38% of our national GDP.

On October 31 at 9:30 a.m. EDT, the kooky minds behind Creepy IP at the USPTO will be hosting a Reddit “Ask Me Anything.” Join the discussion to ask questions about the weirdest and most memorable creepy patents and trademarks that they’ve discovered over the years.