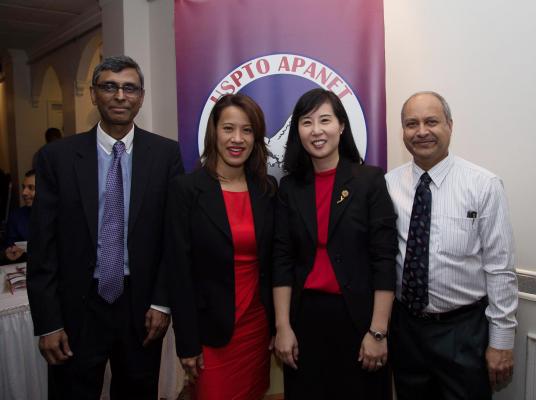 Ed. note: This post is part of the Spotlight on Commerce series highlighting the contributions of current and past members of the Department of Commerce during Asian-American and Pacific Islander (AAPI) Heritage Month.

As a Primary Patent Examiner at the U.S. Patent and Trademark Office (USPTO),  I am responsible for delivering high quality and timely examination of patent applications in computer networking at the USPTO, but I also promote diversity, professional development, and outreach as a board of director for various affinity groups. Currently, I serve as President of the Asian Pacific American Network (APANET) at the USPTO, and with approximately 900 members, it is the largest affinity group in the federal government.

Reflecting back on my path to public service, I believe my parents have been my greatest influence. They fled war-torn Vietnam to start a new life in the U.S. where they found freedom, safety, a better life for themselves and more opportunities for their children. They faced challenges such as learning English as a second language, overcoming cultural barriers, and facing the pain of leaving their families indefinitely. Most importantly, they instilled in me the values of hard work, ambition, commitment, family, love, respect, and empathy.

During the last few days of the Vietnam War, my parents escaped separately and were reunited through the help of Americans at a refugee camp in Arkansas. They acquired engineering degrees in Texas, where I was born, and we later moved to Orlando, where they pursued their careers. While attending the University of Central Florida in Orlando, I found that I also had an interest in science, math, and technology, and graduated with a degree in computer engineering. During college, I worked as a computer technician for a wholesale computer retail and consultant company and a junior software developer intern for a defense contractor, which inspired me to apply and work as a computer engineer for the Navy. Upon graduation, I moved to Virginia to work for the Navy, and during that time, I earned my master’s degree in Systems Engineering at George Mason University in Fairfax.

I’ve always been very active in extracurricular activities and affinity groups, so when I joined the USPTO, I became involved as a board member with the Patent and Trademark Office Society (PTOS) and APANET. These groups have provided a valuable way to connect with others at the agency and also give back.

My parents instilled strong values in me from a young age. They have taught me the value of hard work and dedication, which are reflected in my work as a Federal employee. I am honored to be in public service and feel privileged to work at such a diverse agency. As a board member of both APANET and PTOS, I hope I can lead by example and encourage not only Asian American and Pacific Islanders, but also, all Federal employees to get involved and active in their agencies.