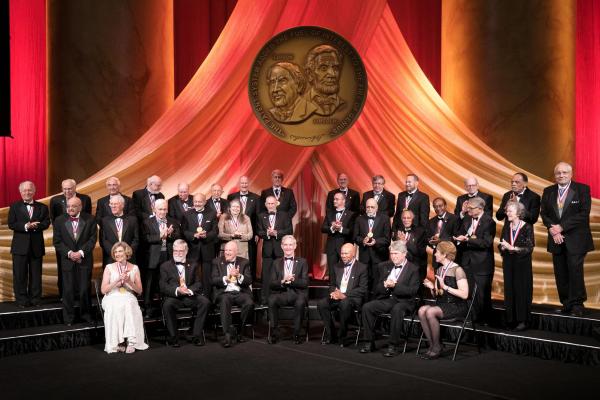 On May 4th, the United States Patent and Trademark Office (USPTO) inducted fifteen of America’s greatest innovators into the National Inventors Hall of Fame. Held at the National Building Museum in Washington, D.C., CBS News correspondent and television personality Mo Rocca moderated the event, Under Secretary of Commerce for Intellectual Property and Director of the USPTO Michelle K. Lee gave remarks, and Commissioner for Patents Drew Hirshfeld presented induction medals. Seven living inventors were inducted, and another eight were named posthumously.

Director Lee lauded the new inductees, stating, “Among them all, tonight's Inductees, collectively, hold almost 550 patents. In and of itself that’s an impressive number. But more impressive are the innovations behind those patents. They have transformed how we communicate; how we manufacture; how we remember; and even how we explore the vast reaches of space.”

This year’s class of inductees includes Beatrice Hicks, inventor of a device for sensing gas density used in the ignition systems that launched the Apollo moon missions; Marshall G. Jones, a pioneer in using lasers for industrial materials processing; Tom Leighton and Daniel Lewin for a content delivery network for a faster internet; and Carolyn Bertozzi, a pioneer in DNA-cell conjugates. Learn more and watch a video on the inspiring work of all the inductees.

Since 1973, the USPTO has partnered with the nonprofit National Inventors Hall of Fame, an organization that also educates more than 100,000 grade-school and middle-school students every year through interactive programs such as Camp Invention. To be inducted into the National Inventors Hall of Fame, one must hold a U.S. patent, as well as contribute significantly to the nation's welfare and the advancement of science and the useful arts.

The induction ceremony on May 4th was part of a series of events to honor both the new and previous inductees, which kicked off with an illumination ceremony on May 3 at the National Inventors Hall of Fame Museum on the USPTO campus in Alexandria, Virginia.