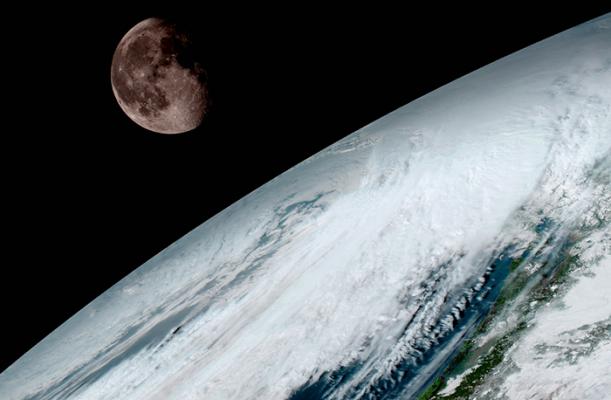 Since the GOES-16 satellite lifted off from Cape Canaveral on November 19, scientists, meteorologists and ordinary weather enthusiasts have anxiously waited for the first photos from NOAA’s newest weather satellite, GOES-16, formerly GOES-R. Earlier this week, the first images were released.

The pictures from its Advanced Baseline Imager (ABI) instrument, built by Harris Corporation, show a full-disc view of the Western Hemisphere in high detail — at four times the image resolution of existing GOES spacecraft. The higher resolution will allow forecasters to pinpoint the location of severe weather with greater accuracy. GOES-16 can provide a full image of Earth every 15 minutes and one of the continental U.S. every five minutes and scans the Earth at five times the speed of NOAA’s current GOES imagers.

“This is such an exciting day for NOAA! One of our GOES-16 scientists compared this to seeing a newborn baby’s first pictures — it’s that exciting for us,” said Stephen Volz Ph.D. director of NOAA’s Satellite and Information Service. “These images come from the most sophisticated technology ever flown in space to predict severe weather on Earth. The fantastically rich images provide us with our first glimpse of the impact GOES-16 will have on developing life-saving forecasts.”

In May, NOAA will announce the planned location for GOES-16. By November 2017, GOES-16 will be operational as either GOES-East or GOES-West. Once operational, NOAA will use the satellite’s six new instruments to generate new or improved meteorological, solar, and space weather products.