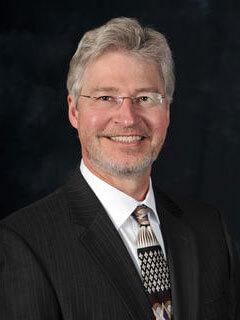 Walter Copan, Ph.D., was confirmed by Congress as Under Secretary of Commerce for Standards and Technology and NIST Director on October 5, 2017.

He has had a distinguished and diverse career as a science and technology executive in large and small corporations, U.S.  government, nonprofit and other public-sector settings.

Dr. Copan formerly served as president and CEO of the IP Engineering Group Corporation, providing services in intellectual property strategy, technology commercialization and innovation. Until June 2017, he was founding CEO and chairman of Impact Engineered Wood Corporation, an advanced materials technology company. He also is a founding board member of Rocky Mountain Innovation Partners, where he led technology transfer programs and innovation services on behalf of the U.S. Air Force Academy, U.S. federal labs and academic institutions and helped foster entrepreneurial businesses in the Rocky Mountain West. He also served with the National Advisory Council to the Federal Laboratory Consortium for more than 5 years, providing industry inputs to advance the U.S. economic impacts of the federal laboratory system.

From 2010–2013, Dr. Copan served as managing director of Technology Commercialization and Partnerships at Department of Energy's (DOE) Brookhaven National Laboratory (BNL). Among his accomplishments were leading the creation and implementation of the new DOE technology transfer mechanism, “Agreement for Commercializing Technology” (ACT), to facilitate collaborations between the federal labs and U.S. corporations. He led the “Startup America” initiative on behalf of DOE for entrepreneurial business creation, and he initiated the DOE’s new Small Business Innovation Research – Technology Transfer (SBIR-TT) program, which built upon the experiences of NIST. He served as founding partner and board member of the “Accelerate Long Island” alliance for innovation, economic development and early stage investment.

From 2005–2010, Dr. Copan was executive vice president and chief technology officer at Clean Diesel Technologies, Inc., an international technology development and licensing firm. He spearheaded the company’s transformation, growth and listing on NASDAQ (CDTI), as well as the company’s subsequent merger. Prior to joining CDTI, Dr. Copan served at the DOE’s National Renewable Energy Laboratory (NREL) as Principal Licensing Executive, Technology Transfer. There, he led organizational changes that strengthened relationships with industry and the investment community, and led to the more productive commercialization of energy-related technologies.

After earning dual B.S./B.A. degrees in chemistry and music from Case Western Reserve University in 1975, Dr. Copan began his career in chemicals and materials research at the Lubrizol Corporation (now part of the Berkshire Hathaway Group). He earned a doctorate in physical chemistry from Case Western in 1982 and subsequently held leadership positions at Lubrizol in research and development, strategy, business unit management, venture capital and mergers, acquisitions and strategic alliances in the U.S. and abroad. As managing director of Technology Transfer and Licensing, from 1999–2003, he was responsible for Lubrizol’s corporate venturing and open innovation, technology strategy, business development, intellectual assets and the technology licensing business.

Dr. Copan is a patent holder, has authored numerous professional publications and presentations, and has served on the boards of many organizations, including the Licensing Executives Society (LES) USA and Canada, where he recently served as regional vice president for LES USA. He has contributed to the U.S. National Academy of Sciences, the Council on Competitiveness, the World Intellectual Property Organization and the United Nations on innovation, technology transfer, energy and economic development matters.