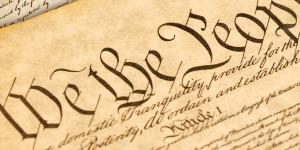 We the People” is America’s source of strength. As mandated in Article 1, Section 2 of the U.S. Constitution, every 10 years, we conduct a nationwide count of every person living in the United States. Data from the next census in 2020 will be used to allocate seats in the U.S. House of Representatives among the states. The demographic and housing data from the 2020 Census will also help the federal, state, local, and tribal governments make better decisions about how they spend taxpayer money. These data sets, along with others developed by the Department, support research by the private sector and academic institutions, and inform critical business decisions across all sectors of the economy.

Data from the decennial census play a critical role in U.S. commerce and the economy by providing information on the population and demographics of our country. By providing updated counts of population, housing, and other key demographic data, results from the 2020 Census will guide reapportionment of representation in the U.S. Congress and help states in redrawing the boundaries of all congressional and state legislative districts for the coming decade. The 2020 Census results will also be used to reset benchmarks for national, local, and small area counts for other government surveys, in addition to many public and private data sets.

World economies are driven by innovation, emerging technologies, intellectual property—and data. Creating a robust economy requires an enormous amount of data, and we are the nation’s preeminent producer of public data. More than 30 million U.S. business enterprises; 325 million Americans; and 93,000 tribal, state, and local governments rely on our data to make informed decisions. The information and data we produce shape fiscal and monetary policy and operational decisions that improve the nation’s social and economic conditions. Annually, more than $1 trillion in federal funds are distributed to states and localities, in whole or in part, using data produced by the Department.