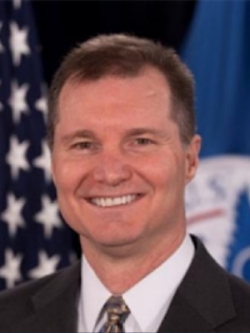 Greg Capella joined the National Technical Information Service as the Deputy Director in January 2016 and Acting Director since October 2020.

Prior to this role Greg served in the Department of Homeland Security (DHS) from 2009 to 2016, first as the Deputy Executive Director of Enterprise Systems Development Office and then as the Acting Executive Director. Greg came to DHS from the commercial sector where he was the Chief Operating Officer and Executive Vice President of commercial information technology firm from 2005 to 2008 and a Director at two large information technology and analytics corporations from 1997 to 2005.

Greg retired from the Air Force in 1997. Greg's career in the Air Force included the opportunity to led various high technology research, development, and implementations initiatives from 1980 to 1996.