Chief Economist
Office of the Under Secretary for Economic Affairs 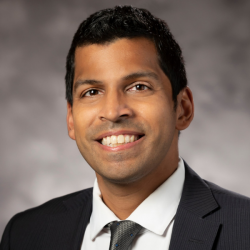 Aaron “Ronnie” Chatterji is Chief Economist of the Department of Commerce. In this role, Chatterji serves as the principal economic adviser to the Secretary of Commerce and is responsible for developing policy related to U.S. competitiveness, labor markets, supply chains, innovation, entrepreneurship, and economic growth.

Chatterji also had worked in the Obama administration, serving as a senior economist at the White House’s Council of Economic Advisers. Chatterji is on leave from his position as the Mark Burgess & Lisa Benson-Burgess Distinguished Professor of Business and Public Policy at Duke University, where he has published over 30 peer-reviewed articles about strategic management, economics, finance, and organizational studies in leading journals. Chatterji also has served as a term member of the Council on Foreign Relations and worked as a financial analyst at Goldman Sachs. He received his Ph.D. from the Haas School of Business at the University of California at Berkeley and his B.A. in Economics from Cornell University.